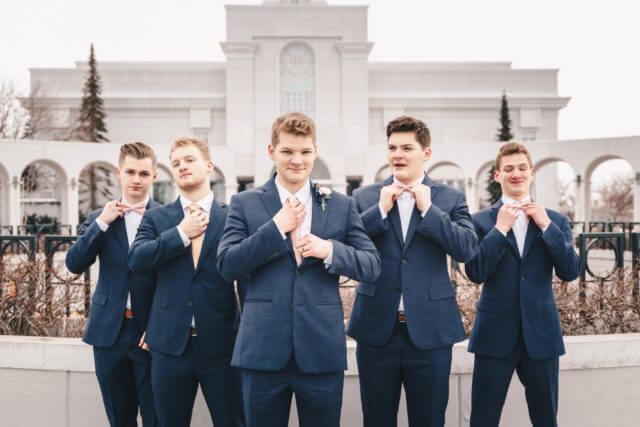 We all see the world through our own perspective, but for the Davis boys, their world is a completely different color.

The Davis boys are all red/green color deficient (the most common type of “color blindness”). Many people quickly assume that this means they are completely “color blind” and only see the world in black and white. However, most individuals with red-green color deficiency can see color, they just struggle to distinguish between different shades of similar colors.

Those with red/green color deficiency do not confuse the color red with the color green or vice versa (although in low lighting the colors can be difficult to differentiate). Rather, they struggle to differentiate maroon from red, or even a dark green from a dirty brown. Being color blind is not a serious condition, but it can have large implications if left undetected in children.

Color vision deficiency is usually a genetic condition, inherited by an X-linked recessive gene, which explains why boys are much more susceptible than girls. The Davis boys inherited their color deficient X chromosome from their mother, who is also red/green color deficient.

In some very rare cases, disease or medication can cause color deficiency as well.

Symptoms aren’t typically noticed until a child starts to learn the names of colors.  Even then, “quite often, people with red-green deficiency aren't aware of their problem because they've learned to see the "right" color,” the American Optometric Association says. “For example, tree leaves are green, so they call the color they see green.”

Early symptoms include using the wrong color when coloring in objects (blue leaves on a tree), reading issues when using colored pages or worksheets and struggling to separate items according to color. 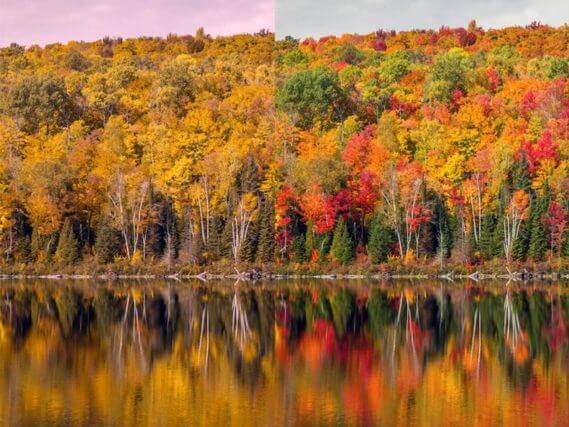 The Davis boys do not see a significant difference between the left and right side of this image.

Children who go through school with an undiagnosed color deficiency can struggle in school or even be misdiagnosed with a learning disability. Color vision issues may make it more difficult for a child to learn and read, which can lead to low self esteem. An early diagnosis is important in order to help set up your child for success in the classroom.

Because many learning materials rely on color coding, we recommend that parents schedule their child’s first eye exam with an optometrist before they start school.

There are many tests available to screen for color blindness, but the most common is the Ishihara Plate test. Those who are red/green color deficient will not be able to see all of the numbers within the circle.

Our eye doctors will be able to effectively screen for color deficiency during a comprehensive eye exam. 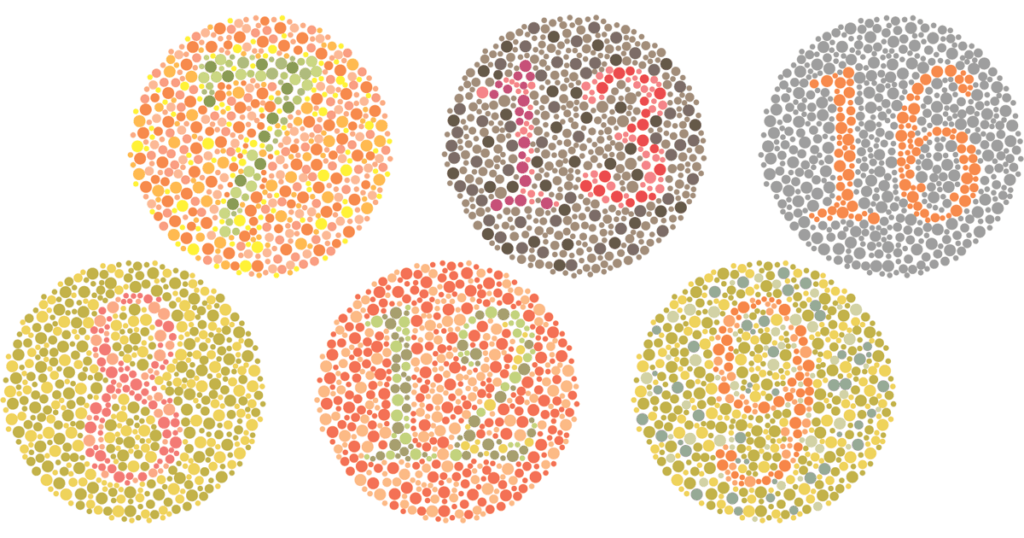 People with deuteranopia can detect the 8, 9 and 16, but only see “random polka dots” on the other three plates

With 6 out of the 9 members of the Davis family being color deficient, they have plenty of stories to share.

Diana tells of her experience in high school French class, when her teacher would quiz her on colors. “She would go around quizzing us on colors by pointing at articles of clothing people were wearing,” she says. “I could never tell what color it was, so I would just tell her that I didn't know! I knew my colors in French, but I wasn't sure what color she was pointing at. I felt it was better not to guess and get it wrong."

Diana looks back and laughs about it now, but at the time, being a girl with a color deficiency caused her some insecurity. "I didn’t know any other girls that were color deficient", she says, "and I was embarrassed to let it be known that I was".

Garret struggles to play certain board games, like Risk, when the game pieces are color coded.

“The biggest way red-green color deficiency affects our lives is in the careers we are permitted to pursue”, Gavin says, “For example, being an electrician, photographer or a pilot is extra challenging or even impossible. If things were different, I may have considered a career in aviation rather than medicine.”

Overall, the boys don’t feel that their vision affects their day to day life. They occasionally need help matching their clothes or reading a color coded chart, but for the most part, being color deficient isn’t something they think about.

The Davis boys might see the world a little differently than the rest of us, but to them, their world is still vibrant and full of color.